Fly to Florida for a Star Wars Weekend

The Force Is Strong with Florida for Star Wars Weekends

May 17 through June 9, 2013 has once again been seeing Disney’s Hollywood Studios throw open the space portals and allow the public access to the world inhabited by Darth Vader, Luke Skywalker, Obi-Wan Kenobi, Princess Leia, and a thrilling cast of characters from the light and the dark side of the Galactic Empire. It is a world that has kept adventurers spellbound since George Lucas first revealed its existence in 1977 and gaining expedition rights continues to make these tickets the hottest in town. 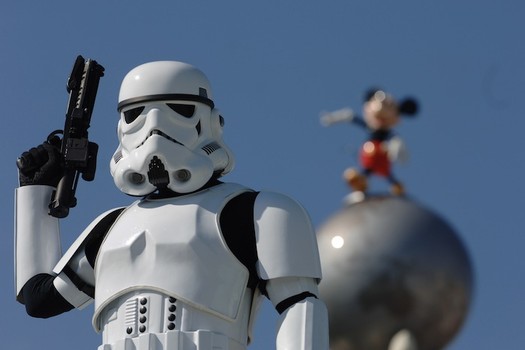 Disney’s theme parks have made Florida, USA one of the most popular global destinations. A visit to Disney World seems to be on the wish list of most children and the Star Tours springtime attraction has a huge adult following thanks to more than 20 years of fascination with the Star Wars movies. Getting a flight to Florida is possible throughout the year, and passenger tickets for the Star Ship flight can be included in a travel package to ensure your visit to that galaxy far, far away. Special attractions for children can also be pre-booked or bought on the day.

The Jedi Training Academy selects 12 potential Padawans between the ages of 4 and 12 for each training session. The brave 12 are required to don a brown robe and pledge the Jedi oath before the Jedi Master begins to ready them for battle with the dark galactic forces. The chosen will need to report a half hour before training begins to receive initial instructions, so accommodation at a hotel within easy travel distance of the theme park will ensure that they are not considered unreliable galactic warriors. Once training commences, the Star Wars fanfare will stir committed hearts to become expert wielders of the lightsaber and worthy opponents of the enemy. While junior is thus occupied, parents will be donning a pair of 3D flight glasses and preparing for their own battle with the dark lord of the Sith.

Darth Vader is a constant and palpable threat to galactic peace and the possibility of an encounter as you board a Starspeeder 1000 is never allowed to be far from your mind. The unexpected arrival of storm troopers and a disturbance of the force make the threat a reality and you are suddenly flung into a tremendous battle for survival against giant fish on the distant, watery planet of Naboo. Stunning audio animatronics and realistic cockpit sounds keep pulses racing as you navigate your way to the furthest reaches of the galaxy, while avoiding space debris and the evil clutches of Vader himself. Survival brings written confirmation that the force was truly with you and that your heroism and warrior worthiness has been admirably established.

Fastpass tickets are required for you to fully be a part of  one of these Star Wars weekends. It will have to be presented if autographs of the Star Wars characters are to be obtained. Battle weariness will quickly be dispelled at the Hyperspace Hoopla, which concludes the day with music, comedy and dancing among Jawas, Wookies, Ewoks and a galaxy of otherworldly creatures. Surviving a battle of epic proportions will provide lasting memories of an unforgettable tour of the outer reaches of space.