- May 31, 2013
Whether people are visiting the UK from abroad, or are from the UK and looking for a city break, the most common places that people choose to visit are large cities such as London, Manchester, Edinburgh or Cardiff. However, there are many other towns and cities within Britain that are just as rich in history and entertainment as these world-famous locations. Portsmouth, for example, is a city with a very diverse and exciting culture and is well worth a visit. 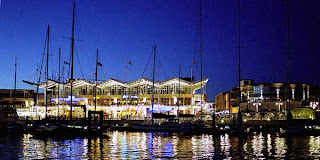 Portsmouth is most famous for its extensive naval history. Its Historic Dockyard is home to a number of vessels that have played an important part in the country’s naval past, including HMS Victory and HMS Warrior.

This year in particular honours the Mary Rose, the warship that dates back to Tudor navy that served under Henry VII. The Mary Rose has been in part on display in the Historic Dockard since the 1980s. To mark the 30th anniversary of her excavation from the Solent, a new museum is opening dedicated to the beautiful ship. The museum contains many of the 19,000 artefacts from the vessel that have been recovered, and so a visit to the Dockyard and the museum are essential for anyone interested in the Tudor period or Britain’s naval history.

If you are more a fan of the arts than historical warfare, then there is also a strong literary culture in Portsmouth. Although he is most commonly associated with the dark cobbled streets of Victorian London, novelist Charles Dickens was actually born in the waterfront city of Portsmouth. His birthplace is now open as a museum, and is an excellent attraction for fans of the writer or English literature in general. As well as Dickens, the city also played an important part in the lives of many other literary greats. Rudyard Kipling lived there as a child, while HG Wells did much of his work there.

One writer who is particularly celebrated in the city is Sir Arthur Conan Doyle. The iconic fictional detective Sherlock Holmes was essentially born in Portsmouth, as it’s where Conan Doyle wrote the first Holmes novel. The ‘Study in Sherlock’ exhibition at the Portsmouth Museum is a must-visit for fans of the books and character.

If you are staying for longer in Portsmouth, then are a number of great things you can do well into the evening. The city’s music scene is an exciting and varied one. Up and coming bands regularly play in venues around the area, while The Guildhall attracts a range of big names from singer-songwriter Paloma Faith to the renowned Bournemouth Symphony Orchestra. The seafront also plays hosts to a number of concerts during the summer weekends, all of which are free to attend.

There are also a number of other festivals throughout the year that are well worth a visit if you are staying in the city. The literary book festival Bookfest, the Kite Festival and a special Christmas festival all attract large crowds each year.

If you are looking to stay in the area, then there are hotels in Portsmouth to suit all budgets and tastes. Eating and drinking in the city is also an enjoyable experience, with many different venues from the usual fast food restaurants to fine dining establishments.