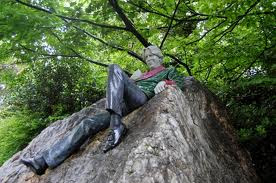 If you're planning a trip to Ireland - pick up a flight to Dublin and enjoy a few days in this non stop city. It's a picturesque place, packed with marvellous monuments, fascinating things to do and see and lots of pubs! Famous historical sons of Dublin include James Joyce and Oscar Wilde and George Bernard Shaw - so there is a strong literary flavour to the places of interest!

The parks and nearby countryside are lush - so it's a great city to enjoy an action packed weekend.


So what's on offer in Dublin? Visit Dublin Castle or just explore the area around Trinity College. The library  is one of the most impressive sights in the city and is home to the Book of Kells, an illuminated manuscript from the 9th century.


The Olympic was Dublin's first Music Hall - and has managed to keep it's original charm and it's great for Comedy Nights and a pint - you can find it on Dame Street - or go to Vicar Street (on Vicar Street!) where the venue has a great sound system, so along with comedy with the likes of Ed Byrne and Dara O'Brien you can also enjoy music and dance nights.

The National Museum of Ireland is homed in the Barracks, once used by the British Army - and this Museum has a wonderful selection of paintings and decorative arts reflecting Irelands colourful history. It's a modern museum, with interactive displays, workshops and talks - perfect for a rainy day. 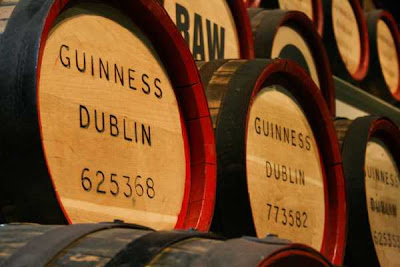 The Guinness Storehouse is a fantastic listed building - and it's Visitor Centre is designed around a pint glass-shaped atrium and inside you'll find a Guinnes Shop, exhibition space, function rooms, a restaurant and two bars. There are presentations on the history and making of Guinness, which has to be Dublins most famount export and of course, there are tasting sessions, including the new ranges of Fudge and Toffee!

After a few days in Dublin, go further afield and visit the extraordinary Giant's Causeway, one of Northern Ireland's most popular tourist destinations  made up of almost 40,000 hexagonal basalt columns. The interlocking rocks are volcanic in origin, though there have been various myths associated with their formation as well.

A popular scenic drive outside of Dublin is in southeastern Ireland through Sally Gap in the Wicklow Mountains. The 27km road passes through moorlands and a valley, near the scenic Lough Tay Lake.
Glaway Bay on Ireland's west coast is a popular and easy day trip from Dublin. Along Galway Bay are the sandstone Cliffs of Moher, at a height of 203 metres (666 feet). Within view from the steep, vertical cliffs are the Aran Islands.