Slip into your flippers and explore the breathtaking expanses of spur and groove coral beds that stretch offshore Key Largo. The Florida Keys are home to North America’s only living reef, which is one of the world’s largest and certainly a favorite among divers, naturalists, and sport fishermen. With its high concentration of extraordinary reefs, Key Largo claims the title “Dive Capital of the World,” and none who navigate these clear waters will surface unimpressed. 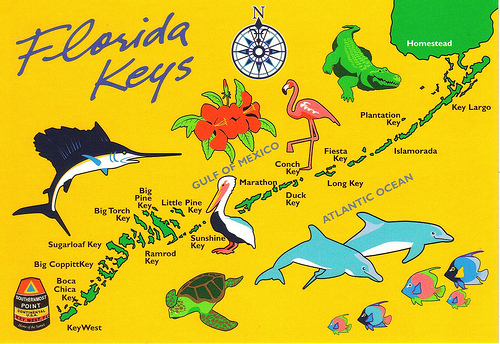 The fragile reefs are protected by a number of marine sanctuary designations, including the famous John Pennekamp Coral Reef State Park directly off Key Largo. The 120 square miles of Pennekamp Park draw as many fish, rays, and turtles as they do inquisitive divers. Tour the reefs with scuba gear, snorkels, or in a glass bottom boat. Pennekamp and the entire 2,800 square nautical miles of the Florida Keys National Marine Sanctuary ensure the undersea wonders remain for centuries to come; please follow regulations for boating and diving carefully. 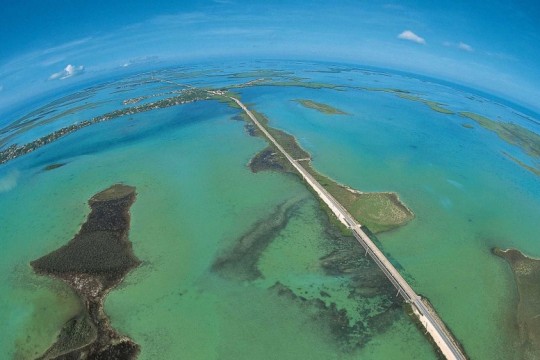 The Diving Opportunities in Key Largo Will Astound You!

The M.S. Carysfort, a long-wrecked frigate, serves as the backbone of this Carysfort Reef. Located at the northern tip of Pennekamp, Carysfort is a deeper and less frequented dive site, though there’s plenty to see. Sentry barracuda guard several submerged marker towers, and myriad aquatic creatures can be found between the surface and 65 feet of depth that the reef spans. Drop-off areas reach depths of 120 feet and draw large grouper.

Carysfort South is, naturally, south of Carysfort Reef. The southern reef is long, narrow, and ranges from the surface to 20 feet deep. Several small canyons filled with smaller fish separate beds of elkhorn coral. The H.M.S. Winchester, a 933-ton British man-of-war ran aground and sank in 1695 at the reef’s southern tip.


Christ of the Deep Statue

The Christ of the Deep statue, submerged beneath 25 feet of water, is a tourist hot-spot and a good choice for snorkelers. The Cressi family donated the statue in 1965, in homage to the original "Il Christo Degli Abissi" off Genoa, Italy in the Mediterranean Sea. The Christ statue rests at the Key Largo Dry Rocks reef.

Snorkelers especially prefer Grecian Rocks, as everything is within 35 feet of the surface, and low tide actually exposes portions of the reef. Directly south of Key Largo Dry Rocks and Christ of the Deep, larger fish requiring more space and spotted rays often move to Grecian Rocks.
Pickles Reef is known for its stand of rare pillar coral, but is also where the Barrel came to final rest. At 5 to 35 feet, this shallow wreck reef is a good choice for beginners and all those interested in viewing lobsters and crabs, as they’re very populous in this area.

French Reef is among the most interesting in the Keys; many caves, tunnels, and slight cliff walls allow divers to swim through the beds like children in a playground. Famous spots at French Reef include Christmas Tree Cave, Hourglass Cave, and Sand Bottom Cave. Elkhorn and stag horn coral are abundant, as are many eels that enjoy the cracks and crevices of this formation – bring a light to illuminate the shadows.

Among the world’s most popular dive sites, Molasses Reef covers about 15 acres and draws novices to advanced divers. The variety of small caves, cliffs, and ledges draw even more fish and crustaceans than they do people, but those counting the boats surrounding Molasses on a sunny day might disagree. Popular spots include the Winch Hole, Fire Coral Cave, and the Spanish Anchor. Visibility here is typically better than average, and depths range from 10 to 100 feet.

The Elbow, also known as “Wreck Reef,” is an ideal shallow spot for investigating the remnants of many barnacle-encrusted ships. Follow the resident Goliath Grouper and nurse sharks along the City of Washington, a passenger and cargo ship built in 1887 and that served in the Spanish-American War. Elkhorn coral cover The Civil War Wreck, a 752-ton steamer sunk in 1866 and resting in 6 – 18 feet of water. The shells of two more wrecked ships, probably a tug and a barge, also litter the ocean floor at the Elbow.


Some Wreck Sites for Diving

Lying on her starboard side in 130 ft of water, the 510-foot U.S.S. Spiegel Grove is the largest ship ever scuttled to become an artificial reef. Spiegel Grove reef now hosts a coral and sponge base frequented by small tropical fish, jacks, barracuda, and grouper. Located near Dixie Shoals, six miles off Key Largo; most of ship can be explored at depths between 50 and 85 feet.

Many of the sites around Islamorada, Tavernier, and Plantation Key are less than an hour’s boat ride from Key Largo. Though you’re unlikely to exhaust the diving opportunities Key Largo offers, it’s always nice to know that more awaits just minutes away.


Belinda Mills is a blogger living in the Florida Keys, you can view more of her work at duvalstreet.net