- February 19, 2013
Florida has some of the nicest beaches in the world, but many people are terrified to swim in them. They heard many stories about people who have been attacked by sharks while swimming in the warm waters. Fortunately, the risk of a shark attack is much lower than the news would suggest. Also, many people choose to seek out the sharks. Shark fishing has become a popular activity throughout the state.
Many tourists and locals have said that they have a lot of fun fishing sharks. Here are some factors you may want to take into consideration. 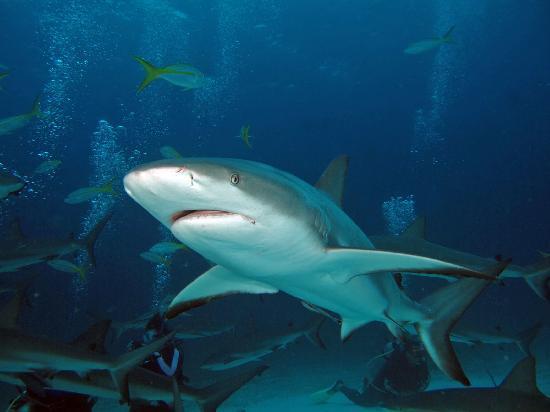 According to data from the Humane Society, more than 100 million sharks are killed by humans each year (really? Ed). I don’t encourage people to kill sharks purely for the thrill of it or to kill any shark that is listed as an endangered species. However, you can fish for sharks responsibly at various fisheries and other regions throughout the state.

Shark fishing isn’t banned in the state, but it is closely regulated by both the state and federal government. You should check with the Florida Fish and Wildlife Conservation Commission and the National Oceanic and Atmospheric Administration’s National Marine Fisheries Service for updated guidelines on these policies.

Current regulations stipulate that every person fishing on the inland can catch one shark. However, there is also a limit to two sharks on any boat. Federal regulations are a bit more complex, so you will need to check with the ANMFS website for more details.


What Does Shark Fishing Entail?

Many people who think about shark fishing end up mentally playing the theme to song to Jaws in their head. Shark fishing is actually much safer than many people would expect. Most sharks that you will consider hunting aren’t very dangerous. Blacktip and bonnethead sharks are two of the most common species that people hunt every year. The bonnethead shark is harmless to humans and the blacktip is usually only dangerous when it is provoked.

Almost all shark fishing is done from fishing vessels. You will usually be fishing in shallow water. You will be working closely with a team of expert fishermen when you go to the local fishery or waters nearby. They will guide you and tell you what you need to do to keep yourself safe.

You can use a number of floats and hooks in the waters you will be fishing. Fishing for sharks is a bit different than other fish, because you don’t need to pull the hook to set it. Sharks usually attack the bait with enough force that they set the hook into their mouths themselves. However, you will need to be aggressive when you are bringing the shark back. Most species of sharks you hunt will be about three to five feet long. They aren’t too large for you to handle, but you should expect them to put up a big fight.

You will have better luck fishing for sharks if you head out between June and July. However, you can go out anytime of the year. You will probably have difficulty finding live bait if you go out in the winter, so consider purchasing some frozen squid instead.


Kalen Smith is a traveler who enjoys visiting various locations throughout the world. He went to Orlando last winter where he stayed at the Suburban Extended Stay Hotel in Orlando Florida.