Castles, Museums and Beer In Denmark


Denmark is usually viewed as the country where Northern Europe ends - and the Scandanavian landscape begins! The Danes are very protective of their natural environment and social traditions, so you'll get a real sense of Danish identity - even on a short break! Direct flights to Denmark are speedy, so you'll be enjoying your holiday from day one. Here are some of the treasures you can discover in the land of the Vikings! 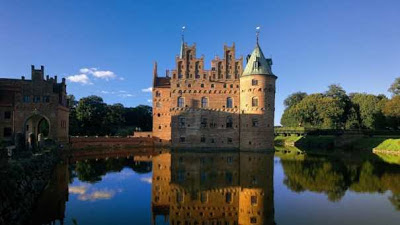 Egeskov Castle
This Renaissance Castle was finished in 1554. It's a classic example of a romantic hideaway, with bronze turrets and delicate leaded windows. It was built on the top of a platform of giant oak logs in the centre of a lake and it's a fantastic example of a moated castle - one of the best in Europe. The surrounding gardens are enormous - and in spring time, they are renowned for their colourful, extensive planting. it's the perfect spot for a romantic weekend getaway!

At Kronborg Castle you can see the statue of Denmarks national hero - a warrior called Holer Danske, who resides in the dungeons! Legend has it that he will wake from his slumbers if Denmark is ever under threat. Kronborg Castle was also used as the setting in a rather famous play - Hamlet! 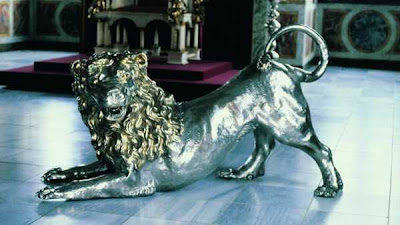 Rosenborg Castle houses the Danish Crown Jewels and they are in a league of their own - the Royal Thrones are made of giant narwhale tusks and are guarded by three enormous silver lions. You'll find costumes, paintings and much more in this 17th century spire-laden Castle. The formal gardens are full of lilac and white crocus flowers in the Spring - gorgeous!


Museums
Take a trip into the past and visit the Moesgaard Museum near Aarhus - it's packed with examples of Danish ancient bronze age workmanship - and Grauballe Man, whose 2,000 year old body is perfectly preserved - having been buried in bog mud! At Aarhus you'll also see working examples of 17th and 18th Century life - complete with costumed staff so you'll get a real flavour of the routines and skills applied in every day life. Aarhus is a real crossroads of modern and traditional life in Denmark - a place to get the best of both worlds with a fantastic array of restuarants, cafes and clubs. It's easy to get around too - so really good for mixed age groups. 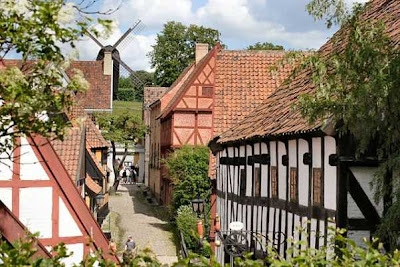 Ribes
Ribes in South Jutland, is the oldest  city in Denmark and a stroll through the ancient streets is like stepping back in time - 100 of Ribes buildings are classed as national monuments and have been fully restored to their original medieval magnificence, with half timbered houses, cobbled streets and public buildings. Just a few miles west of Ribe is Vadehavert, an enormous lagoon, with huge stretches of sand dunes, low level woods and lots of birds so its a good idea to take binoculars. It's a striking area, with fantastic light quality and you'll see painters working all along the shore line.

Near to Louisiana you can see the Karen Blixen Museum - one of Denmarks best known writers - famed for her experiences in the novel "Out of Africa" and the stories in "Seven Gothic Tales". Odense, in Funen,  is home to The Hans Christian Anderson Museum. His childhood home has been made into a little Museum and there's an annex where children can discover the magic of his stories through the activity centre with interactive games and puzzles. 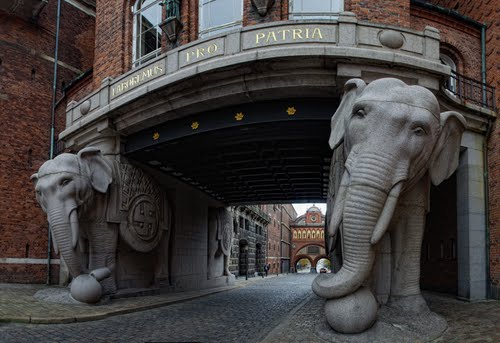 Beer
Denmark is known for it's beer - and although it's no longer in vogue to drink beer for breakfast, it's still widely available and served with lunch and dinner. The first Royal Brewery dates from 1454 so it's always played an important part of local life. The extraordinary entrance to the Carlsberg site reveals one of the largest breweries in the world and a tour of the site includes a tasting session - so you can decide, once and for all - whether you're a beer lover or not!