- February 14, 2013
Chicago is the most famous city in the state of Illinois, with nearly three million residents living in this metropolitan party. In terms of population, it’s also the third most populous city in the entire county, and was given its city status 1837. Benefitting from over 40 million domestic and international visitors every year, it is fast becoming a popular resort. 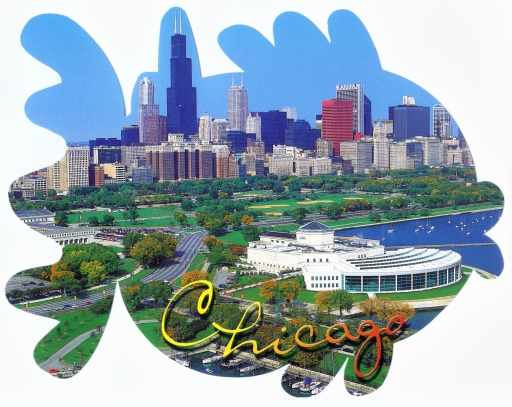 When it comes to expression, the city of Chicago is one of the most vibrant places in the world. From novels to plays, movies to media, sports to entertainment, Chicago is home to a variety of popular culture, and even on cold nights the bars are bleeding music onto the streets.

With regards to architectural diversity, the city is second to none, with a unique aura found nowhere else in the world. No doubt Chicago is a city that should be experienced by everyone, and if you’re thinking about travelling there, then its best to organise your trip down to the T. Let’s take a look at some of the best places to visit in Chicago in 2013.

Chicago has always been a major hub for all forms of music in the USA, and the introduction of jazz and blues as a result of the great migration of black workers continues to keep the city on the world music map. From Nat King Cole to Benny Goodman, Howlin’ Wolf to Gene Ammons, Chicago has been home to some of the best musical talent in the mid-west.

The city also championed Hip Hop, punk and heavy rock between the 1980s and 1990s, which in turn created a number of music venues. With rappers like Kanye West and Common citing Chicago in their lyrics, bars such as Reggie’s music joint and Bernice’s Tavern have continued to welcome tourists from all over the world.

The L-Loop is a term that defines Chicago, and consists of the railway system that forms the shape of the letter ‘L’. If you want to get a unique perspective of the city, then the L-Loop is certainly the way to go – the network even runs a free service in the summer between Michigan Avenue and the Museum Campus. The L-Loop is also an area of downtown Chicago, and its construction has been influenced by famous architectures such as Daniel Burham and Lous Sullivan. The loop includes buildings such as the Sears Town, the Daley Centre, The Chicago Board of Trade Building and the National Historic Landmark.

Chicago is also a city that reflects American culture, and the National Vietnam Veterans Art Museum is an excellent example of compelling art and history. Although this museum hardly receives any funding, it remains one of the most appropriate exhibitions in America, housing thousands of pieces of art work from dedicated Vietnam (and recently Iraq) veterans. From graceful metal sculptures to portraits of war, this museum is a must see if you’re visiting the city of Chicago.

This is a post contributed by Jamie Kinger a traveller and writer from living in the UK. If you are looking for cheap airline tickets check out Cheapflights.