- November 09, 2012
Piracy and smuggling is as much a part of Cornish heritage as the traditional pasty. As you make your way around the county you will see for yourself that the sweeping sandy beaches and harsh rocky coves make it the perfect location for the illicit deeds that these rogues took part in. The main goods that were transported around the county included tea, china, and rum. 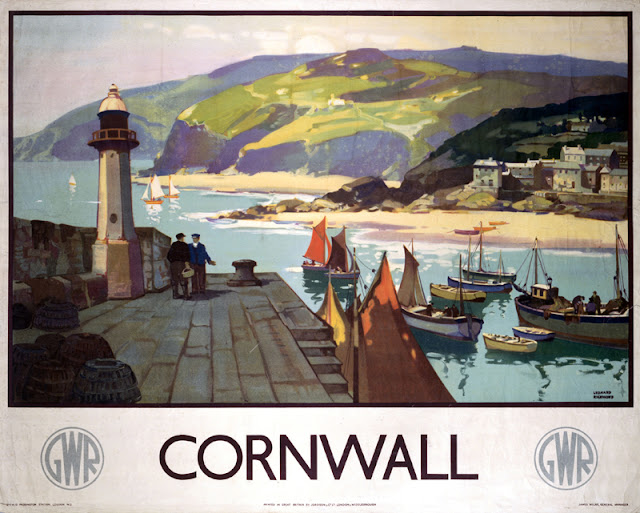 Travelling anti-clockwise from the North coast to the South, the first stop is Cornwall’s historic fishing village of Port Isaac; situated in an area of superior natural beauty, the winding roads and alleyways point to the clandestine activities that previously occurred here. The infamous ‘Cruel’ Copinger once ruled the land and sea in this picturesque Cornish village and there are tales of how he’d lure the revenue cutters into the shallow waters so that they would wreck on the jagged rocks that line the coastline. Port Isaac has many tales of the legend of Copinger, and a fun way to explore this area is through the many nooks and crannies to attempt to find “The Bloody Bones Cellar” where the smugglers stored their contraband; you may even stumble upon the secret trails and passageways that lead from the town to ‘Copinger’s Cave’, used so that the smugglers could move their loot undetected.

One of the county’s hidden treasures and best kept secrets is Prussia Cove on the South Coast between Penzance and Porthleven. This area is synonymous with the notorious Carter Brothers; Cornwall’s most famous and celebrated rogues. It’s easy to see why Prussia Cove was a favourite amongst the South West’s smuggling community as the beautifully secluded coves of South Cornwall provide the perfect cover for when the crew was unloading the goods from the boats, and the naturally rocky terrain of Cornwall’s south coast meant they could be protected from raids by customs officers. Feel a sense of excitement as you walk through the caves and uncover the concealed pathways used by the Carter brothers, and see what secrets you can unveil.

Further along the Southern coast is the small town of Looe. As you explore the majestic coastline of this quaint Cornish town, you will notice St. George’s Island or Looe Island. It is here that huge quantities of contraband were dropped, so that they could be transported to the mainland when those involved could be sheltered by the dark night sky. The Jolly Sailor Inn is still in existence so that you can enjoy a customary pint of Cornish ale; it was a favourite among the smugglers and locals alike. An interesting story to come out of this curious public house is that a former landlady once hid several barrels under her dress during a raid by customs officers and continued to knit. When the customs officers came to investigate their search came to no avail.

Exploring the hidden coves and smuggler’s trails is arguably one of the most magical things that anyone can do on a Cornwall holiday. So come and delve into a bit of Cornish history and give yourself a new sense of intrigue when it comes to the stunning beaches of this beautiful county.

Matt Fletcher is a travel writer from the South West of England. He contributes to numerous publications covering topics that can range from things to see and do, to unveiling mysterious local legend.