Snowboarding in the Backcountry of Greece

- October 15, 2012
With its lovely islands and its bright sun, Greece considered to be a top summer destination. However, this blessed country is wonderful every time of the year. Nowadays Greece strives to become a top winter destination also. After all, there are around 21 ski resorts which are situated in various parts of the country, that combine snowboarding with the colours of the see and the sky. Thessaloniki, the second most important city in Greece, has also earned its reputation among the most popular destinations in the country. Aside from being ranked number five in the world’s best party cities, it also has its fair share of the best ski resorts in all of Greece. Don't miss the opportunity to combine your visit to Thessaloniki with a wonderful snowboarding weekend. 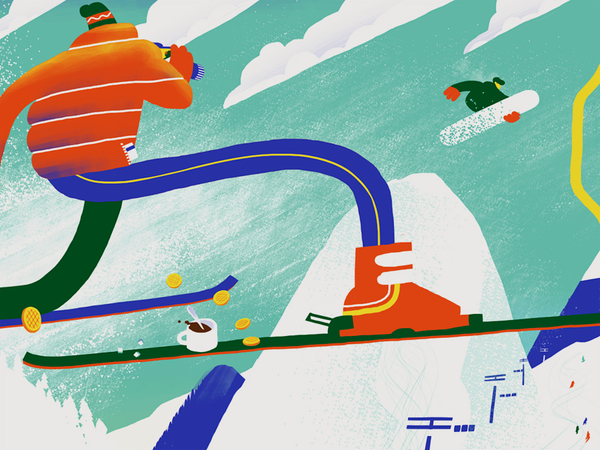 Get your skiing gear with discount by using Backcountry Coupon or Moosejaw Coupon and hit the slopes of this extrordenery country. Greece will thrill you with its beaty.

Just 110 km away from the city of Thessaloniki lays the Tria Pente or 3-5 Pigadia Ski Resort. One of the most modern ski resorts in Greece, the 3-5 Pigadia is known for being the only ski resort in the country that makes use of snowmakers in all of its 10 ski runs. It also has the distinction of having the two most difficult runs in Greece, the “Filippos” and the “Aristoteles”, which were designed to meet international standards and a temptation to advanced snowboarders. It opens earlier than other resorts, operating from October to April. Don't miss the chance also to enjoy sightseeing in the archaeological site of “Vergina”, which is just an hour away from the resort, and do some spelunking at the famous Saranta Outades cave.

On the Voras Mountain in Central Macedonia, only 130 km from Thesssaloniki, is the Kaimaktsalan Ski Resort, complete with a three-story luxury chalet, a snowboard fun park and a snow tubing park, among others. Equipped with 13 ski runs, 6 ski lifts and 4 ski trails, there is definitely something for everybody in this resort. It is also known for the scenic views it presents to every lucky soul who chooses it as his holiday destination. From here you can enjoy the view of Mt. Olympus, the lovely Thermaikos Gulf and the Lake Vegoritida.

Whether you are an expert skier or just a beginner, the Seli Ski Resort would be the ideal place for you. You don't need to travel far from Thessaloniki to reach what is known as the oldest resort in Greece. It is only 180 km away, making it a favorite snowboard getaway for families and group of friends who are looking for a relaxing time. With direct access to 12 individual pistes, it is served by 8 ski lifts with a capacity of 6,500 people every hour. It boasts five snowboard schools, and it is perfect for beginner snowboarders.

Another popular destination is the Vasilitsa Ski Resort. Having earned the reputation of being one of the greatest snowboarding destinations on this side of Europe, the Vasilitsa Ski Resort, which is smack in the middle of Pindos Mountains in Macedonia, has 16 ski runs that encompasses pretty much every terrain imaginable. It has 2 chair lifts, 6 ski lifts, and 16 ski runs. Here you can find the longest beginners ski run in Greece, spanning a length of 3.86 km. With a cafe and restaurant that could easily accommodate 300 people and chalet that could hold 30 people, it is one of the most visited ski resorts for its scenic views. Head to the peak for an unobstructed view of Mt. Olympus. Do some hiking at the National Forest Park of Valia Kalda and go rafting at the river Venetikos. Only 210 km away from Thessaloniki, this ski center offers winter vacations that are packed with fun and excitement for the entire family.