Ghostly Walks and Great Evenings Out In Rome and Dublin

Here are two European destinations that you might want to visit AFTER Halloween, because they both have more than their fair share of ghosts! 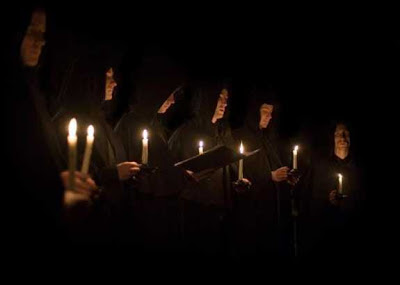 
Dublin City was home to the notorious Hellfire Club. Established in 1735 by the 1st Earl of Rosse, the club members met in the Eagle Tavern on Cork Hill and also at The Old Shooting Lodge, Montpellier Hill, Rathfarnham. The purpose of the club was to live freely and experience everything. All the men came from priviledged backgrounds and could buy their way out of any outlandish situation – no-one was ever taken to court. The Lodge was burnt down in 1740, but the area has a reputation for unexplained happenings – locals avoid the site and there are documented sightings of ghosts, apparitions and poltergeists. It was also reported that the Devil appeared as a guest player during a card game!

On 2nd November you can enjoy an evening of chills and thrills at St Werbugh’s Church, in Dublin which is hosting “Darker Dublin” – a night of performance and music, all on the theme of gothic horror. Candles, moonlight and atmospheric performances will test your nerve!

On the lighter note, you can visit the Dublin National Botanic Gardens on 1st December for their Eco Christmas Event, or the Winter Solstice Festival 2012 at the National Snow Centre, right next to Dublin Airport, so it’s perfect for incoming flights.  Inspirational speakers, great food, and great sounds will be live through to the sunrise – so if you’ve got lots of energy, this Celtic Party could be right up your street!

Twilight in Rome can be stylish and romantic but in winter, the atmosphere changes once darkness descends. If you visit the Palazzo Pamphilj, you may see the image of a hand it belongs to Costanza Conti De Cupis. Constanza was a 16th century noblewoman, known for her beauty and particularly, her exceptional hands, which were cast and painted. A sewing accident led to an infection, her hand was amputated and she subsequently died. Look out for her hands, reflected in the windows of her husbands’ home, at the Palazzo De Cupis.

Beware a ghostly black carriage tearing along the Sisto Bridge, if you encounter it – you've seen the ghost of Dame Olimpia Pamphilji – absconding with a fortune in stolen gold coins! An ambitious girl, she married well, and found herself related to Pope Innocent X. Her influence was a source of deep concern in Rome and she was very unpopular. On his death in 1655 and she swiftly left the city, taking her acquired gold with her. The new Pope demanded the return of the gold – but she declined. She died two years later, and since then, her carriage has been witnessed and heard on the ancient bridge which spans the river Tiber.

The most frequently seen ghost in Rome is Beatrice Cenci – minus her head! She is most often seen walking on the St Angelo Bridge, further to being wrongly executed – along with three other family members. She was commemorated in 1999 with a city plaque. There are lots of Ghost Hunting city tours in Rome, great for a spooky evening walk! 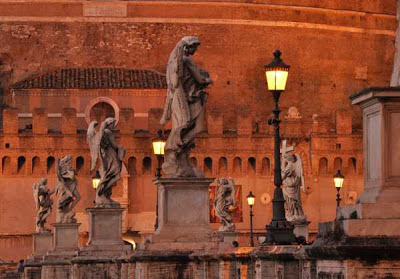 Back in the land of the living, Rome has some fabulous winter events. Visit the Roma Jazz Festival - located in the Auditorium Parco Dell Musica, at Viale Peitro De Coubertin, 30, 00196 Roma. You can get there easily by taking a tram or bus to the venue. It’s an increasingly popular event, organised by the International Music Festival Foundation and is running throughout November 2012.

In December, you can stroll through the huge Christmas Market at the Piazza Navona – children will love it! Balloon stands, an old fairground carousel, and lots of festive food to sample makes it great family trip. There are decorated Christmas trees and nativity scenes outside every Church, so the city lights up at night – all those ghosts will be well and truly banished!