A Tour of the Zambian Spice Trail

- October 26, 2012
Zambia boasts pristine locations for eco-tourism. Commonly known to tourists as the “home of the walking safari”, the country’s protected national parks are home to one of Africa’s untouched wilderness and breathtaking landscapes. A string of African safaris in these three astonishing national parks is commonly known as the Zambian Spice Trail. 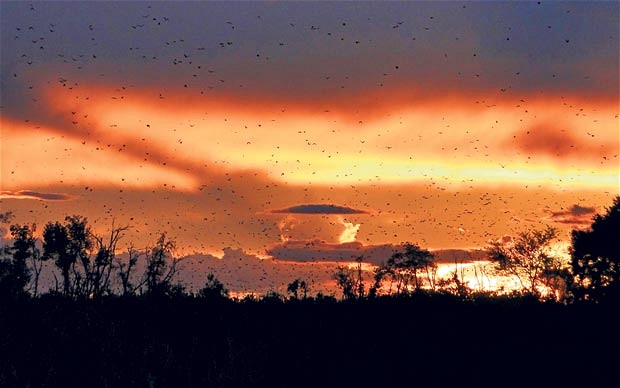 Being home to half of the glorious Victoria Falls, the Mosi-oa-Tunya National park lies on the boundary between Zimbabwe and Zambia. The National Park extends from the very rich areas of wilderness in the north up to the awe-inspiring scenery that surrounds the falls in the south. The breathtaking sceneries range from the high forests up to the Miombo Woodlands. Buffalos, giraffes, warthogs, zebras, elands as well as varieties of birds can usually be seen in the national park. Crocodiles and hippos live in the wide river, whereas the elephants can be seen crossing unrestricted from one bank to another.

One of the places where tourists can spend their night in the park is at Sanctuary Sussi & Chuma. It is a tree house constructed from ebony trees; the place also offers lodge adventures tourists can enjoy like guided walks, excursions to the Victoria Falls as well as game drives. They can also go sightseeing different kinds of animal wildlife found within the national park.

The Lower Zambezi National Park covers over four thousand square kilometers of wilderness. The park is located nearby the Mana Pool Reserve of Zimbabwe, which results into the creation of an enormous area of protected wildlife, and the magnificent Zambezi River’s vistas as well as the lush riverine vegetation. Seeing buffalos, lions, leopards, and huge herds of elephants that quench their thirst and take pleasure in a mud bath next to the riverbanks is actually ordinary scenery in this national park. Furthermore, the national park’s diversity of animals offers an excellent collection of habitats.

Tourists can travel around a floodplain which is bordered by the mopane forests, woodlands, an open valley floor and the swampy Zambezi channels. Tourists can also enjoy different exciting activities like safari, fishing, canoeing, Karibu safaris which is a canoeing safari that has limited participation camping, game drives as well as sightseeing with different animals like kudu, impala zebra, warthog, crocodiles and the excellent birdlife just along the riverbanks. Tourists can also have the opportunity to be close to a game that is just wandering in and out of the Zambezi channels.

The South Luangwa National Park is home to a great number of games that frequents the Luangwa River as well as its oxbows. Like South Africa’s Kruger National Park and Tanzania’s Serengeti National Park, it is well-known for being one of Africa’s greatest wildlife sanctuaries. The Luangwa River is considered as the lifeblood of the park and is the most intact in Africa’s river system. Furthermore, this national park is the walking safari’s birthplace, being one of the finest ways to get up close and personal with the pristine wilderness of the park that prides itself on 60 diverse animal species as well as 400 kinds of birds.

Tourists can even see hippos wallowing in the river as well as huge herds of elephants and buffalos wandering the banks. Zebras running in herds, Thornicroft’s giraffe which can only be seen in Luangwa Valley, lions, crocodiles and monkeys can also be seen. Tourists can also have fun in different adventures like game drives, spot lit night drives, guided walks, different kinds of safaris like walking safari, photographic safaris as well as birding safaris. Bird watching is also a superb experience in this park since there are hundreds of wading big waterbirds which can be seen by the shallows as well as other various kinds of birds.

Geraldine Mills is a travel writer and a Community Outreach Coordinator for www.andbeyondafrica.com