The Best Festivals In Miami

Millions of tourists find their way to Miami to enjoy the amazing weather, beautiful beaches and exquisite cui-sine (have you ever heard of “Florribean?”) These are all valid reasons, but look just beneath the surface and you'll discover there's more to Miami than the beautiful people and expensive real estate. The city's spectacular ethnic diversity has created an atmosphere of excitement and is celebrated throughout the year in a variety of festivals. When looking for things to do in Miami, plan your next vacation around any of Miami's best festivals.


Art Deco Festival
The Art Deco style had a major influence on Miami's architecture, so it's only fitting this diverse city would de-vote an entire weekend to celebrating this eclectic design aesthetic. During this festival, a large portion of South Beach is transformed into a 1920s-era party, complete with jazz music, antique cars, street dances and live performances. The highlight of the festival is the parade, which is held on historic Ocean Street and features a variety of floats constructed by local businesses and vibrantly dressed revelers celebrating Miami's rich cultural heritage. 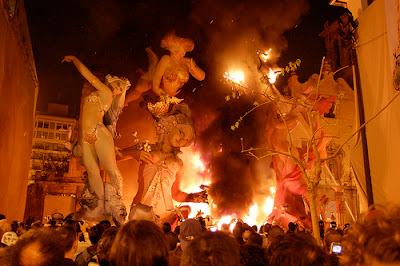 Calle Ocho Festival
Ask any Miami local about the biggest party in the city and undoubtedly most would point you toward the Calle Ocho Festival. Stretching over 23 city blocks in Little Havana, this celebration of Miami's Hispanic heritage lasts for two weeks in February and March, and features some of the best Cuban-inspired dishes you'll ever sample. If the food isn't enough to entice you, then consider the dancing, interactive children's displays and live concerts. Then of course there's also the carnival parade, domino tournament, cooking contests, soccer matches and finally an 8k run to work off all those Cuban delicacies.

South Beach Wine and Food Festival
Otherwise known by the locals as the SOBEWFF, the South Beach Wine and Food Festival is a yearly charity event hosted by the Food Network, and features some of its most famous personalities. The four-day event began as a simple gathering of food lovers that raised a few thousand dollars for the Florida International University Chaplin School of Hospitality and Tourism Management. Today, the festival is a multi-million dollar extravaganza that draws in 60,000 spectators and participants. Once again, this festival is for charity, although the real draw is the chance to sam-ple food created by Food Network celebrities and future generations of amazing chefs. 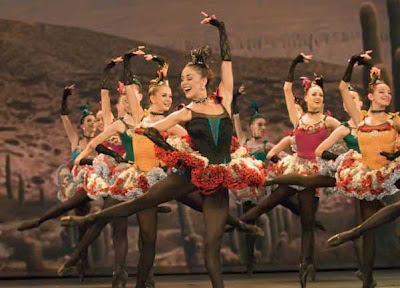 Miami Dance Festival
Each April, dance troupes from across Dade County mount a variety of live performances that celebrate both modern and traditional dance. The Momentum Dance Company, as well as six other troupes from across the area, performs a variety of dances, from flamenco to hip hop and Bollywood, in order to educate the public about modern dance and choreography. Aside from the amazing performance, the dancers also host work-shops for children, many of which are offered for free. Many of the shows are also free, while others are offered for a small fee. The Miami Dance Festival is traditionally held in April and lasts the entire month.

Miami Book Fair International
Held yearly at the Miami Dade College, the Miami Book Fair International is the ideal stop for literary lovers and children alike. The week-long event is one of the nation's largest of the type and features a variety of events to keep everyone in your family entertained, including author readings, book signings, author's programmes and a massive street fair that closes down a portion of downtown Miami. On top of this, you'll get the unique opportunity to mingle with your fellow literature enthusiasts and may even bump into a future Pulitzer Prize-winning author.

Miami’s Fashion Week
Forget Milan, Paris and New York City; Miami is now considered by many to be one of world's most fashion forward destinations. Aside from Fashion Week in Miami Beach, which showcases works by some of the world's finest designers, there's also Mercedes-Benz Fashion Week Swim and the nation's largest swimwear and lingerie exposition, SwimShow & LingerieShow. Fashionistas of the world descend on Miami during the month of July, so if you're thrilled by the idea of watching a runway show or spotting some of the fashions you'll see next season, head to Miami during Fashion Week to have a truly unforgettable time.

Lucy Marglois is a guest blogger and frequent visitor to many of Miami's favorite festivals.