You might not have noticed, but London is set to be a fairly busy place this summer, with the small matter of the Olympic Games coming to town. It’s set to be a showcase of everything British, cultures from all over the world to celebrate sporting achievement and more tourists than ever are expected to descend on the British capital anytime now! It’s a great time to be in London with everything that’s going on, so here are a few ideas about what you could get up to in London this summer. If you aren’t lucky enough to have tickets to the Games, don’t despair, there will still be something you can get up to! 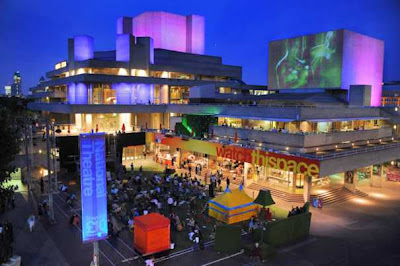 Free Events Across The Capital
This summer there are a huge number of great free things to do in the city. Firstly, giant screens are being put up in every park and open public space you can imagine, so that we can all enjoy watching the Olympics even if we don’t have tickets to a stadium event. The atmosphere will be great here, so grab a couple of beers and picnic ingredients and head to a park near you. You don’t need a ticket and it’s all completely free! Other events for free include the London Watch This Space festival, which is running from the first of June until the first week in September. It’s a great showcase of comedy, theatre, music and circus acts, all of which are free to see. It’s all taking place at the National Theatre (nearest Tube station is Waterloo) and is set to be a great deal of fun.

Of course, if you don’t fancy this, there’s always Notting Hill Carnival, the ultimate chance to dance, drink and party on the streets of London. Taking place on 26th and 27th August, it’s all set to be a good one! Aside from these, there are a lot of other free cultural events. Check out the Visit London website for up to date information as and when it’s released.

Taking Advantage Of London’s Great Courses
If you’re spending more than a couple of days in the capital, summer is traditionally when London sees a huge influx in international students coming to learn new skills at anyone of the schools, colleges or universities that throw open their doors during the summer months.

Many come to take an English course from various countries, aiming to improve their English language skills with an English course in England and explore a bit of the city at the same time. But there are many other courses that take place over the summer for all tastes and interests. From cooking classes to sports courses, language courses in London to self defence classes, this is the time to do it! A lot of places, particular language courses in London offer discount rates during the summer when regular students aren’t there, so take a look online and see if anything takes your interest!

Cramming In As Much Sightseeing As You Can
Of course, if you’re heading to London this summer, there are a few things you simply have to do. As a tourist, it’s more or less a requirement to take a photo of Buckingham Palace, to pose next to a soldier on Horse Guard’s Parade and to stand in the pouring rain outside of Downing Street hoping to get a glimpse of the Prime Minister’s motorcade whizzing past. Pick up a good guidebook and get planning your itinerary.

There’s going to be a lot going on in the city this summer and the streets will be packed, but if we all prey for a little sunshine, I’m sure everyone will have a fantastic time. If you want more information about anything mentioned above, go to the Visit London or Visit England homepage or search online. For the English course in England mentioned above, head to LTC English where you find out more. Enjoy London!