If the city of Athens is like a siren calling to the Odysseus in you, you aren’t alone. It has for centuries stood as a symbol for the best in literature, art, philosophy and political thought. The Western world would not be what it is today if not for the people and culture of Athens, some thousands of years ago. Today, it is a thriving metropolis with 3.7 million inhabitants, making it the largest city in Greece, as well as its capitol. Yet Athens still pulses with the heartbeat of times long ago; for example, when the city went underground to develop a metro system for the 2004 Summer Olympics, even more centuries-old foundations were discovered, which today reside behind nonchalant glass walls, as if to say, “Ancient ruins…so what else is new?” Its many attractions draw thousands of visitors a year to plan their vacations in Athens. There are major high spots that most schoolchildren would recognize, as well as lesser-known gems worth discovering. Athens is absolutely extraordinary, if you know where to look! 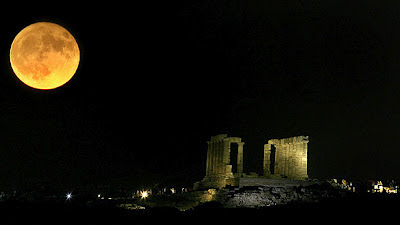 As with any major tourist destination, the hotel scene is busy and busier. For a five-star experience with views of the Acropolis, Royal Olympic Hotel offers guests a library, a gym, free Wi-Fi and a limo service for as low as $120 per night. The Hotel Plaka, a smaller and more boutique location, sits in the heart of Athens and offers a complimentary breakfast to guests as well as a roof top garden with a stunning view of the ancient city – all for as low as 85 euro. Even more cost-efficient is the Hostel Dioskouros, centrally located within Athens and offering free Wi-Fi and late check-out, with shared bathrooms and a shared kitchen and dorm-style accommodations for under $30 a night.

The Acropolis and the Parthenon: This is what Athens is widely known for. You will recognize the columns of the Parthenon and know that it stands in the high rock of the Acropolis. The temple that was built for the goddess Athena, as well as the Temple of Athena Nike, the Erectheion, the Propylea, the Odean of Herodes Atticus and the Theatre of Dionysis can be explored and experienced from 8 a.m. until 7 p.m. for 12 euro, while certain categories of visitors, like students, are exempted from the fee (check their website for details).

Choragic Monument of Lysicrates and Daphne’s
This elegant monument was erected sometime about 335/334 BCE as a musical award (getting a Grammy seems paltry in comparison). It served as a symbolic piece during the Greek revival of the early 19th century (the effects of which can be seen all throughout Europe and the United States) and was carefully restored in between 1876-1887 by the French government. Nearby is Daphne’s restaurant, a New York Times-reviewed spot that attracts international political leaders (Hilary Clinton, for instance) and serves up traditional Greek/Mediterranean fare. Exarchia: If you’ve had your fill of ancient ruins, check out the Exarchia neighborhood of Athens, a graffiti-covered student district with a flair for anarchy. It’s a modern and alternative part of the city, with boutiques and cafes, record and bookstores, as well as organic food stores.

The National Garden
Sitting right behind the Greek Parliament Building is the National Garden, completed in 1840 under the commission of Queen Amalia. It is open from sunrise to sunset and is a welcome respite from the heat of the city. Antiquities rest within the garden, like columns, mosaics and ancient ruins; it now houses modern amenities like a café and a children’s library and playground.

Athens Flea Market
Open on Sundays, the Athens Flea Market in Monastiraki gets busy quickly, so visitors are advised to arrive well before 11 a.m. While sellers there are similar to those in other touristy areas, the place also explodes with individuals passing off their antiques and other junk (a foreign garage sale, if you please) like old furs, t-shirts, statues and cigarette lighters. There’s a good chance most of the ancient coins being sold at the flea market are fake, so buyers are advised to beware, but the place is such a profusion of activity that it’s worth a meandering trip.

Albert Reeves is a contributing writer who married the Greek goddess (and her entire family) of his dreams. He has enjoyed wonderful sightseeing trips with his native Greek wife and keeps extensive travel journals while overseas.