- July 06, 2012
The narrow strip of land that links the North and South American continents is home to some fascinating countries, some of which are among the most biodiverse in the world. With a host of vibrant islands just offshore in the Caribbean Sea as well, it can be tricky to know where exactly to visit in this region. If you're after an active break, here are three of the top spots for walking holidays in Central America. 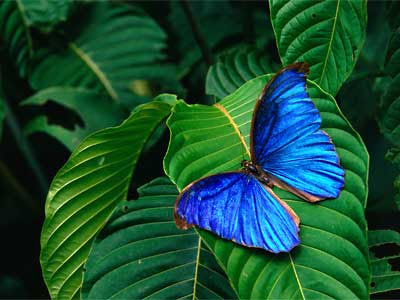 Costa Rica
One of the main reasons travellers head to Costa Rica is for the opportunity to see some of the country's wildlife and the best way to get up close to all the fascinating creatures is on foot. There are numerous national parks in Costa Rica, but here are a couple you should include on your itinerary.

Corcovado National Park: This is the place to come if you love bird watching as you stroll, with some 400 species of feathered creature living in the reserve. It's also home to the largest population of scarlet macaws in the region. Among the other animals you can spot are white-faced capuchin monkeys, spectacled caimans and ocelots. It is located on the country's Pacific coast and also boasts the last tropical wet forests in the Meso-American Pacific area.

Cahuita National Park
On the nation's Caribbean coast, you'll find Cahuita National Park - a veritable walker's paradise. Hike through the swamp forest en route to the beach, keeping your eyes peeled for all manner of wildlife, including howler monkeys, sloths and white-nosed coatis. When you reach the sea, you can relax on golden sands and go snorkelling, giving you the opportunity to see some of the vibrant marine life that inhabits the coral reef below the surface.

Panama
As a neighbour to Costa Rica, Panama is equally biodiverse and the two countries even share a national park (more about that shortly). There are some fantastic places to go walking in Panama, where you can fully appreciate its breathtaking landscapes and stunning wildlife. 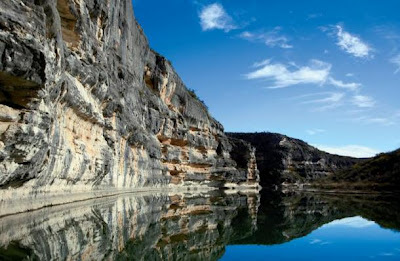 Amistad National Park
This reserve spans over 400,000 hectares of tropical forest and is split equally between Panama and Costa Rica. It also encompasses the Talamanca mountain range and is a UNESCO World Heritage Site. Any hikes in the park will undoubtedly involve wildlife spotting, with howler monkeys, tapirs and jaguars among the animals that inhabit the forest. You'll also have the chance to glimpse the brightly-coloured quetzal bird, which should be instantly recognisable thanks to its red breast and yellow crest.

Baru National Park
This area is home to the Baru Volcano - the tallest mountain in Panama. A top walking trail to follow here is the route that links Boquete and Cerro Punta, as it allows you to discover some of the region's most untouched and beautiful swathes of forest.

Cuba
Although not part of the mainland, Cuba is still an exciting destination that can be incorporated into a tour of Central America. There are numerous outdoor areas to explore, but one of the most spectacular is the Escambray Mountains. Located just outside Trinidad, the region is a great place for a hike as it boasts deep valleys, beautiful rivers, coffee plantations and high-altitude lakes. The Salto de Rocio waterfall is definitely worth visiting, while you can also look forward to views over Cuba's highest lake - Embalse Habanabanilla. Explore Worldwide offers walking holidays to all of these destinations - and many more around the world. Some itineraries will take you to multiple countries, so you can have a true Central American adventure.