- June 07, 2012
Turkey is a nation riddled with markers of ancient civilizations and surrounded by majestic beauty synonymous with the Mediterranean. Settled amongst the Black Sea, Cyprus, Greece, the Mediterranean Sea, Armenia, Bulgaria and Georgia, Turkey is at the apex of diverging Eastern European cultures. The Greeks, the Romans and the Persians to name but a few, once ruled portions of the nation. The site of the Trojan War of 1200 BCE is in Turkey, right alongside the wall of Troy. Today, Turkey is undoubtedly one of the most intriguing places on earth. Consider this: the oldest continuously inhabited territory in the world lies in Turkey.

Putting aside history for a moment, let’s take a brief look at the natural elements of Turkey. To really appreciate the complex nature of the natural environment there, we must understand the geography. Turkey is a nation spanning two continents, making it a transcontinental Eurasian country. The Asian portion of Turkey is separated from the European portion by a series of waterways that link the Black Sea to the Mediterranean Sea.

It is fair to say the country is of an Oceanic nature, as it is bordered by three seas (Black Sea, Aegean Sea, and Mediterranean Sea) and has a fourth within its borders (Sea of Marmara). The coastal regions bordering the Black Sea enjoy an Oceanic climate much like the Pacific Northwest of North America. In contrast the coasts of the Mediterranean Sea enjoy a dryer, hotter and longer summer but winters are still very mild.


The Beauty of Bodrum

One of the most beautiful locations on the Mediterranean coast of Turkey, and the most temperate, is the port city of Bodrum in the Mugla Province. Bodrum sits on the tip of its namesake peninsula, overlooking the Gulf of Gokova. It is this position on the peninsula that gives Bodrum its better than average Mediterranean climate. The summers are warmer and longer than most other areas, and winters are very mild with many hours of sun.  Bodrum also has a wonderful market as reported here on the splendid Fashion Detective blog. 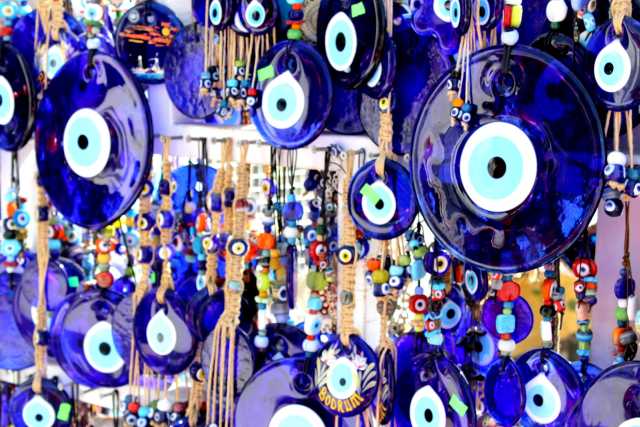 Now let us get back to the delightful historical elements of Turkey, specifically in Bodrum. For example, one of the Seven Wonders of the Ancient World is in Bodrum: the Mausoleum at Halicarnassus. In 377 BCE the ruler of a small kingdom in the Persian Empire passed away and left his empire for his son, Mausolus, to rule. He did so with extravagance and vision, as his life was spent building the capital city into a safe haven from enemies, and a mark of the magnificence of his rule. Halicarnassus (now Bodrum) was the chosen location of the “Golden Capitol.” The harbour was reshaped, paved streets were constructed, homes for lower cast citizens, a theatre, palace and temples all made from marble took shape on the landscape.

Mausolus and his wife Artemisia (also his sister) were devoted to each other. So much so, that Artemisia built a grand tomb on a high hill overlooking Halicarnassus, so their bodies could be laid together in death. The tomb was meant to show the splendid richness the couple had accumulated in life. After just 24 years of rule, Mausolus died, leaving his beloved Artemisia as ruler of the kingdom. She was heartbroken by the loss of her love, and lived just two years longer than he. The grand tomb was not yet finished, but the artisans completed their work in tribute to their patron and as a mark of the sculptor’s expertise. The Mausolus of Halicarnassus was of such beauty, such magnificent sculptural significance, and had become so famous; ‘mausoleum’ has now become a generic term meaning grand tomb.

The ruins of the tomb are still present in Bodrum, as is Bodrum Castle – formerly known as the Castle of St. Peter of 1402. These are just a tiny sampling of the ancient delights waiting in Burdum, Turkey. There is also the Theater of Halicarnassus, the incredible Bodrum Museum of Underwater Archaeology and artifacts once belonging to Herodotus the Greek historian. Plus there is the brilliant turquoise waters of the Mediterranean Sea, the lush greens of the surrounding hillsides and the intoxicating sea air. Turkey really is a Delight!

Diamond Resorts International is a group of exquisite resort destinations offering exceptional vacation value. Our holiday program affords you flexibilty and a world of selection for your next holiday. Join us at one of Diamond Resorts Turkey locations to experience what a tailored vacation can offer.