- June 08, 2012
Barcelona's a great holiday destination for many reasons - from its pretty beaches to its stunning architecture. You'll also find restaurants serving fine international cuisine, but I think it'd be a mistake not to sample some of the local dishes while you're there. As it's the capital of Catalonia, there's no better place to get an authentic taste of the region's cuisine. Read on to find out more about what the best dishes the city has to offer are and - perhaps even more importantly - where you can try them! 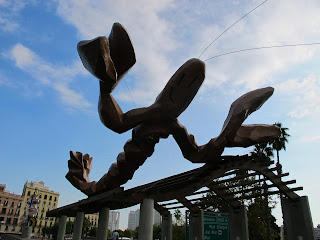 Esqueixada
Seafood features heavily in Catalan cuisine, with esqueixada being a signature dish that consists of dried and salted cod. This traditional salad also contains olives, tomatoes and onions, although depending on where in the city you go you might find other ingredients are added. Esqueixada is typically eaten during the summer months and one place where you can try is the historic Can Cortada restaurant on Avenue Estatut de Catalunya. This establishment has been serving traditional fare since 1994; however, the building actually dates back to the 11th century when it was constructed to defend the region from feudal attacks.

Catalan Broad Beans
Given its name, it should be pretty obvious that Catalan broad beans forms part of the local cuisine, but don't think that the dish consists solely of pulses. It also includes pork belly and butifarra - a type of grilling sausage - as well as tomatoes and a range of herbs. You'll typically find it is eaten as a starter, although it can also be a tapas dish. Head to Restaurant Agut, which is a short distance from the stunning La Barceloneta beach, and you can try some authentic Catalan broad beans, as well as other traditional delicacies. This family-run establishment opened in 1924 and would later become a popular eating spot among painters in the 1950s and 1960s. Many of the works that artists gave to the owners in exchange for food still hang on the walls, so it's not only a great place to dine, but also to learn more about local culture. 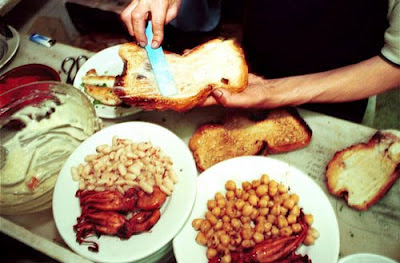 Escalivada
Another great Catalan dish worth checking out is escalivada, a salad which locals tend to have as a starter or an accompaniment to a main meal. You can try this by setting out from your cheap hotel in Barcelona to the Cal Pinxo Palau de Mar restaurant in Port Vell, where you'll discover it is served with shredded cuttlefish. The dish also features roasted vegetables which - if cooked in the true Catalan style - should have a smoky flavour to them. Escalivar means 'to roast over ashes or embers' in English. Once you've finished the salad, make sure you try some of Cal Pinxo Palau de Mar's other offerings, such as Basque hake and seafood paella. Alternatively, you could head to the El Gran Cafe to try escalivada. Located near the Mayor House, this restaurant is decorated in the Belle Epoque style and also serves Andalucian squid and traditional Catalan mousse with chocolate fondant, perfect if you've got a sweet tooth!

I've only mentioned a few of the great Catalan dishes and eateries that there are to choose from - but which local specialities do you like the most? Say what your favourites are below.

The Best of Orlando

Orlando, Florida is known throughout the world as a tourism epicenter. Boasting world class theme parks, gorgeous weather year round and plenty of interesting sites and attractions, its no wonder why Orlando consistently ranks as one of the top tourism destinations on the planet. Everyone from young children to older retirees can find something to do in this exhilarating and magical place. From top notch amusement parks to excellent restaurants to plentiful shopping galleries, Orlando has it all. With so much to see and do, it’s impossible to go bored in this enthralling city. Located in central Florida, Orlando boasts a warm, mild climate and pleasant weather year round. Best known for its mega-resorts and celebrated theme parks, the city contains many hidden gems such as fascinating museums, top notch theaters and peaceful parks. Still, its gigantic amusement parks are the region’s top tourism draws, and for good reason. Where else can you experience the magic of Disney, ride the Ho
Read more