Top Gear, the BBC entertainment driving programme, recently did a price comparison between driving your car at a ‘track day’ and taking up golf.  After the usual high jinks that make the programme so popular around the world, Jeremy Clarkson and his side-kicks claimed that golf was extremely expensive and should really only be taken up by boring old men.  I beg to differ on a number of fronts. Firstly, setting yourself up with all the golf gear is not that expensive.  There are hundreds of sites that offer great discounts on new and second-hand equipment that can help you get started.  Plus, if you’ve never swung a club there some equally good deals when it comes to getting some lessons to set you on your way to golfing greatness. 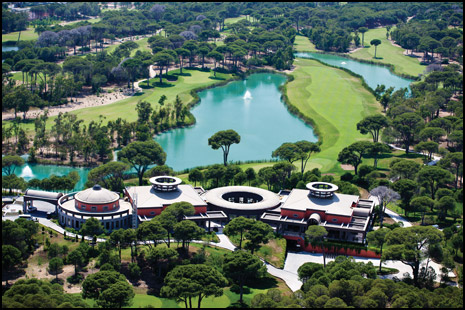 But once you have caught the bug (and you will catch once you start) you want to spread your wings and play golf in other places that are slightly more beautiful than the local public course; and that, in fairness, is where things can start to get expensive. I have been incorporating golf into holidays for some time now, but recently some friends and I decided to go on a proper golf holiday where we play pretty much every day.

The research came up with the usual golfing hotspots; Spain, Portugal, Ireland and South Africa, but all of them, while being wonderful countries to visit, were a bit out of our league when it came to a week’s golf.  Then we were sat in the pub with some other friends when one of them came out with, “what about Turkey?  A bloke from work has just come back and said it was the most amazing golfing destination he’s ever been to”.  Turkey, we pondered – doesn’t sound like the sort of place we are looking for, but after some initial research we soon changed our tune. 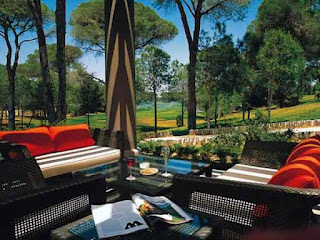 We started talking to Golf Turkey and thought this has to be too good to be true.  The initial price of £500 for an all-inclusive stay, including return flights from Gatwick to Belek with Thomas Cook, at the Cornelia Diamond Hotel and Golf resort seemed crazy especially as it included two rounds of golf.  So we did some more research.  Tthe Cornelia was home to the Sir Nick Faldo designed course which was made up of three nine hole courses – The King, The Queen and The Prince – that you play in different ways to make up your 18 holes and the pictures looked amazing.

We then checked the rest of the hotel on TripAdvisor; again, excellent reviews so we decided to take the plunge. On arrival the weather was amazing and we soon realised the hotel was enormous, yet brilliantly run and that the food and drinks (all inclusive remember) were ‘historic’ as Michael Winner would say.  Then we got to the golf courses and we were not let down – it was as close to playing Augusta National as we have ever had.  In fact, it was so good that we booked extra rounds which just went to show how good a deal we had originally because we found out they were 100 euros per person.  We didn’t care, we just wanted to play.

When we weren’t on the golf course we were relaxing by the pool, recuperating in the spa or getting fit in the gym.  The evenings were slightly less healthy as we drank a lot of beer, wine and vodka and ate a lot of food, but what are you meant to do when you’re not handing over any money?! We’ve booked to go again already and given the option of driving round a race track with Jezza and pals or spending a week in the sun playing golf in the most unlikely yet brilliant destination, I know where I would rather be.  And on that bombshell…