The Gap Year Of A Lifetime 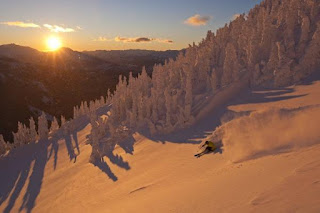 Taking a gap year can be a rewarding experience and is a year to make your own and have many positive experiences. If you're a reasonable skier, then you might be interested in becoming a snow board or ski instructor at Whistler. Home of the 2010 Olympics, Whistler in Canada is famous for its plentiful snow and pristine ski slopes and as well as learning how to become an instructor you'll also learn other valuable skills such as leadership, presentation and commitment, which will be looked upon favourably by future prospective employers.

Whistler ski jobs on the slopes are limited in numbers as the Canadian High Commission only issues a certain number of work permits each year.  In order to qualify for a work permit you need to be aged between 18 and 30, hold a full UK passport, and be able to cover your expenses in Canada for the first three months ($1000 per month).

The jobs mainly entail teaching youngsters basic skiing skills on the slopes whilst at the same time working towards a ski instructor qualification, namely level one, which then allows you to give lessons to the children on the slopes. You'll work between 30-40 hours a week (this can vary according to the season, guest numbers and snow conditions) and wil earn around £5.50 per hour with two days off a week to ski. The pay is sufficient to cover accommodation, food and socialising. 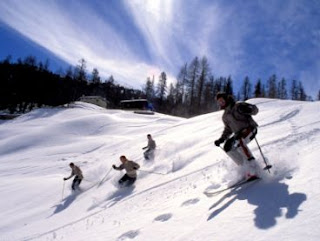 You'll feel instantly at ease on arrival in Whistler and since so many people are there for the same thing as you. Whistler is a great place to hang out and as it is the “bear capital” of Canada and chances are you will see one of these great beasts. Getting around is easy too as Whistler has an amazing bus system which runs well after the bars are closed and $65 will give you unlimited bus trips a month. Whistler is buzzing every night and there's plenty of nightclubs and bars to keep you entertained. There's also a few retail shops to be had and a Re-use centre where you can pick up cheap quality goods that have been left behind by the previous year's seasonal workers.

Whistler is a wonderful place to spend a year and what could be better than being paid to do a sport you love? It's the chance of a lifetime, so grasp it with both hands!