- February 21, 2012
Deciding between the Walt Disney World Resort in Orlando, Florida and the Disneyland Resort Paris can be tough, particularly for theme park fans based in the UK. Both resorts offer the same great Disney experience and service, but the costs and the time it takes you to get to the resort will have a huge impact on your decision. 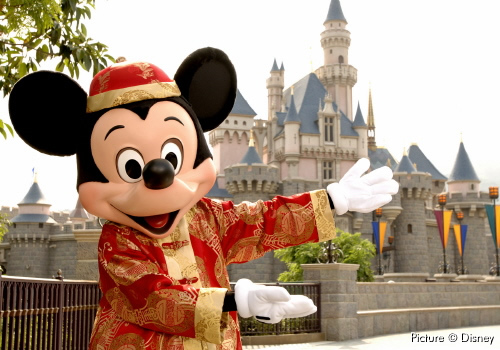 Guest post for resor Guides from Samantha McNesby who is an expert writer over at Theme Park Tourist, where you can find details of all the latest Disneyland Paris discounts and offers.

Location may play a key role in deciding between Disneyland Paris and Florida's Walt Disney World. The resort's location in proximity to your own home will determine how much you spend on airfare and transportation and how long it will take you to actually get to your destination.

A holiday of two weeks allows you enough travel time to choose either location, but airfare rates may be much higher for one destination than the other. Sometimes, the only way to really get a sense of which location is best cost wise is to do some online research and get a rough cost estimate of the airfare and travel costs for each destination.

The other location-based factor to consider is the planning and complexity of traveling to your chosen Disney destination. To travel from the UK to Walt Disney World, you will need a machine readable passport or a U.S. travel visa. If you already have these items, or know how to source them easily, you will be fine. If you are traveling to the United States for the first time, you will need to spend some time researching your passport and visa needs.

United Kingdom travelers should note that roads in both France and the United States require drivers to travel on the right side of the road.

Despite the size difference there is plenty to see and do in Disneyland Paris; consider it a small but mighty version of its larger sibling. It is quite impossible to see and do everything Walt Disney World offers in a single trip and the sheer number of offerings can overwhelming. Disneyland Paris has fewer attractions, but the rides that are included are some of the best that Disney offers anywhere, and really showcase the talent of the company's Imagineers.

Your theme park tickets, food and resort stay will be roughly the same per day, although the Walt Disney World resort in Florida has a wider array of hotel offerings. More offerings equals more flexibility in price, so you may find a better room rate in Florida. Your travel costs will likely be what impacts your holiday prices the most, so look into this cost before you choose.

Walt Disney World is made up of four distinct theme parks and two water parks. The Disneyland Resort Paris has two parks, though the second park, Walt Disney Studios Park, is very small and has relatively few unique rides and shows. The resorts' theme parks share many popular key attractions, including:

While Disneyland Paris is much smaller than Walt Disney World, the two resorts share many of the same headline attractions, so you can expect to have great experiences in either location. Consider your budget, the amount time you have for a holiday and exactly how much running about you want to do on your trip; all of these factors will impact your choice.

If you live in the United Kingdom and have never taken a Disney vacation, then Disneyland Paris is likely the best choice for you. Consider staying at one of the many resort hotels in Paris such as the upscale Radisson Blu Hotel at Disneyland Paris which is minutes from the most magical destination in Europe.

If you are in the U.S., Canada or another location that simplifies your travel, and you have already been to a Disney park, then you will likely prefer Walt Disney World. The best part of deciding between two great locations? No matter which you choose, you'll have a great time.