- February 24, 2012
Faro, the capital city of Portugal’s Algarve region, is often overlooked by holidaymakers who see little more than the international airport before heading for the better known resorts along the country’s south coast. But Faro is a charming and authentically Portuguese city that has much to offer anyone who spends a little time here. Its easy to find a cheap flight and as it's just about 5 hours journey time, you'll be on the spectacular beach front in no time! 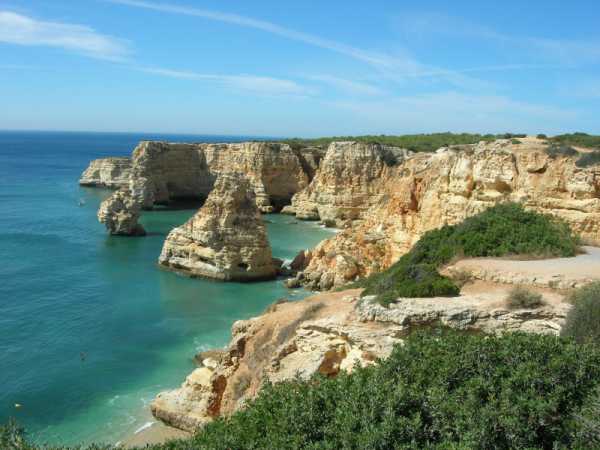 In Roman times, Faro’s position on the Formosa Estuary led to its development as a trading and fishing port by Moorish settlers. A destructive earthquake devastated the city in 1755, but a stroll through the winding cobbled alleyways of Faro’s tranquil Old Town reveals many remaining examples of ancient Roman and Moorish architecture. Climbing the original 13th century tower of the magnificent Sé Catedral de Faro (Faro Cathedral) provides panoramic views of the city and coast beyond.

Among the many beautiful churches and museums of Faro’s Old Town the famous Capela de Ossos should not be missed. Inside, virtually every inch of this chapel’s walls and ceiling has been painstakingly decorated using row upon row of the skulls and bones of Carmelite monks.
Exiting the Old Town to the north will bring you to Faro’s picturesque harbour and marina. A long promenade dotted with elegant cafes and which leads to the Porto Nova pier is an excellent location to watch yachts, boats and ferries make their way to and from the port as they head along the Formosa Estuary where hundreds of species of seabirds nest upon the barrier islands.

The centre of modern-day Faro is just a short walk from the marina. Despite the emergence of modern office blocks and apartments, Faro retains an unmistakeably Portuguese flavour thanks to its pedestrianized cobbled streets and enchanting mixture traditional and modern shops, bars and restaurants. Take time to browse Faro’s bustling municipal market; the many colourful stalls displaying mouth-watering Portuguese produce and speciality goods will have you reaching for your camera!

After dark, Faro is no less enchanting. Few experiences could be as romantic as wandering through the moonlit and peaceful Old Town or strolling along the harbour’s promenade. In the newer part of the city, music from the bars and clubs that line the vibrant Rua do Prior fills the warm evening air as locals and visitors alike let their hair down and party into the night.

Enjoying a year-round Mediterranean climate, friendly Faro is a city continually blessed with blue skies and sunshine. Less overtly ‘touristy’ than some of the Algarve’s brash resort cities, Faro rewards visitors with plenty of memorable and authentically Portuguese attractions and experiences. Easyjet run a great service to Faro - quick, uncomplicated and very affordable. Not a bad start to your holiday experience!