- January 18, 2012
Every bride-to-be should celebrate her last moments of freedom in the form of a hen weekend with her girl pals. Many hen weekends simply involve a group of girlies hitting the town – and the booze – hard whilst dressed in pink tutus, high heels and tasteless fluffy cowboy hats. 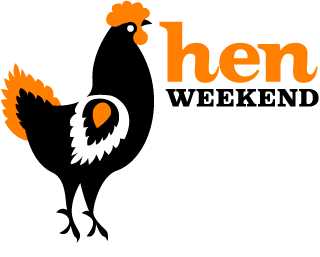 But not all ladies are this way inclined – more reserved girls who spend their free time playing games with a ten sided dice or reading Terry Pratchett novels instead of clubbing and waking up in a pool of their own vomit are hardly going to want to go to bars and a nightclub just because they are getting hitched. Here then, are five activities suitable for the hen weekends of female geek-types.
It should be noted that alcohol can be added to the following activities if so desired – just because geeky girls dislike the nightlife scene and standard luxury hen weekends this does not necessarily mean that they don’t enjoy a tipple or two!

A LAN party is a gathering of people with PCs or laptops who establish a Local Area Network (or; LAN) on which multiplayer games can be played from separate stations. Female fans of MMORPGs such as World of Warcraft and Eve Online or first person shooters such as the Left 4 Dead or the Half Life series will likely have less time to indulge in these games once they have made the transition from “Miss” to “Mrs” and so one last 72 hour-long stint on one of these games could be the perfect gift for the future wife.
Decorating the house in alignment to the chosen game/s and getting in some special food and drink that is a little more special to the usual cheap beer and Cheetos that many video gamers survive on can be great for making the event seem that bit more special. Oh, and be sure the let the bride win rounds every now and then or the LAN party will be a bitter memory for her!

Treasure hunts are now more advanced than ever before and comprise SMS (or; text message) technology which negates the need for pens and pads of paper. They make a great option for geeky chicks that dig murder mysteries, playing investigative board games such a Cluedo or those that simply fancy themselves as a bit of a smart cookie. The hunts can be set up in any town or city and working together with team mates to solve clues is not only fun but can be fantastic for bonding (this is important to consider if there are members of the bride’s entourage that have never met before).
Since SMS treasure hunts usually only last for three or four hours it would be wise to team this activity with another in order to not leave the bride feeling disappointed.

In games of Laser Quest each player wears chest and arm targets and carries a laser gun with which they can shoot the targets worn by the other players in an aim to score points. Anyone who is shot is void from the game for a few seconds before being allowed to rejoin the action which is set within purpose built arenas comprising everything from ramps, mazes, dry ice fog, flashing lights and music.
Many Laser Quest venues offer packages specifically for those throwing a hen do which can include free games, private hire of the arena and/or free food and drink. Laser Quest is great as a team building exercise and will surely create unforgettable memories for those that get involved.
I should be noted that anyone who is intoxicated will not be allowed to play for health and safety reasons and as such chief bridesmaids should plan this activity for before the drinking has began.

LARP (or; Live Action Role Play) is a form of role-play gaming inspired by tabletop dice games in which the participants actually dress up as their characters and physically act out their actions, usually in a scenic location such as a forest or the woods. Session can last for just a few hours or held over several days.
Gamemasters (those who head LARP sessions) can select pre-existing LARP scenarios for participants to adhere to or invent one specifically for the hen event. A narrative involving the soon-to-be-wed lady (or elf, vampire or magician depending on the story that is selected) going through some sort of life-changing transition or struggle to find her one true love seems most fitting.

A Lord of the Rings, Star Wars, Twilight, James Bond or Harry Potter movie marathon is surely appealing to geeky girls at any time in her life but hosting such as part of her hen weekend could really please her if she is a strong aficionado of any of these series.

Although one would hope that the friends of the bride-to-be would share the same interests as her, some guests might not like the thought of sitting in front of a TV for up to 14 hours. You can solve this problem in two ways; you could reserve a separate room in the chosen location for those uninterested in the currently playing film (“Return of the Jedi? That’s the worst one!”) to socialise with others in or you can be sure to include plenty of breaks during the airing of films. Everyone in attendance must dress up as someone from the chosen series regardless of whether or not they are a fan.

The author of this guest post – Grace Williams – held her own luxury hen weekend at the Retallack Resort in Cornwall.