- November 04, 2011
There's good news for holiday making Brits looking to stay on home turf during the Olympics – a number of hotel chains will be offering a significant discount to domestic customers. 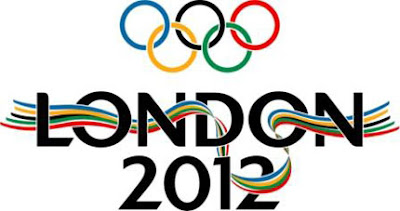 The government initiative is designed to encourage British tourists to take their break within the UK during the games, so if you don't live in London and want to see the Olympics you can expect more than a fifth off the price. This will mean that almost everyone who wants to will be able to get a place to stay at a reasonable price. The news followed Jeremy Hunt's speech at the Conservative Party Conference and aims to make an extra 50,000 jobs in tourism. This is combined with new rules about subletting of apartments, aiming to reduce the amount of people charging extortionate rates for rooms and taking advantage of the potential boom.

The majority of events will take place at the new Olympic Park in King's Cross, London. However, there are multiple events from the Millennium Stadium in Cardiff to St James' Park in Newcastle, and in all kinds of different venues in between. The historic event is a perfect excuse for a weekend away or short break, so why not take in an Olympic event and then explore some local culture. You could spend some time in Cardiff Bay, or looking at art in Newcastle's fantastic Baltic gallery. In London, there are other events in Greenwich Park, near the observatory, and Hampton Court, which is host to the grand Hampton Court Palace, which has extensive gardens and a hedge maze for a great day out. Events at the Horse Guards Palace are situated right beside Trafalgar Square and near Big Ben, which are both sights to see in London. Further afield are Old Trafford Stadium in Manchester, where you can take your family shopping between sports events, and Weymouth and Portland for the sailing events, for those with a love of the sea.
To help you decide what the best holiday location is for your Olympic break, Hampton Court is where the time trial road cycling takes place, Greenwich Park is home to the equestrian events, there's football at Old Trafford and Millennium stadium, and the main Olympic stadium will host the athletics and paralympic events. Whatever sport you like to watch there should be something to your taste at next year's Olympics, so make a change from the usual summer holiday abroad and book a break in the UK.

John is a keen travel writer and lover of UK-based holidays. He currently works for HotelshopUK and seeks out the best cheap hotel deals for their customers, as well as testing a lot of them himself.