- November 07, 2011
Sandwiched between Mount Vesuvius and Phlegraean Fields, the capital of Campania is well known as one of the oldest cities in the world. Enjoying a rich history of art, culture and fine foods, Naples houses a population of around one million citizens, as well as being the luxurious destination of choice for thousands of holiday-makers every year. Established under Greek rule in the 8th century BC, this thriving centre played a key part in the adoption of Greek cultural practises into Roman society, and takes credit for the creation of historical resident Virgil and even fast-food favourite, pizza. Those seeking a sun tan with a side of culture need look no further; Naples really is the city that has it all. 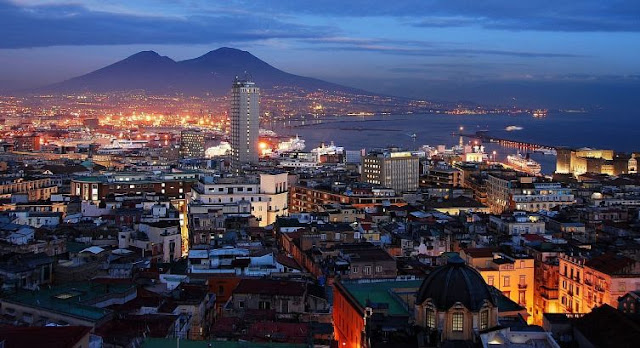 Unusually for a self-proclaimed 'cultural hub', the real sights are located outside of the city centre. From ancient ruins, to grand monuments, Naples is home to several styles of architecture including Baroque, Renaissance and Medieval. As a visitor to the city your first port-of-call should be the Museo Archeologico Nazionale di Napoli, also known as the Naples National Archaeology Museum. Built in 1585, this historic site homes the largest collection of Roman artefact in the world (as well as pieces from other eras) and is well worth at least a passing visit.

If you favour art to artefacts, try the Museo di Capodimonte, located in the picturesque Palace of Capodimonte. The prime collection features major works from as far back as the 13th century and includes pieces by artists such as Raphael, Caravaggio and Jacob Philipp. If Titian isn't your cup of tea, why not visit one of the city's 448 historical Catholic churches instead. The Cathedral of Naples is one of the most popular sites of worship in Italy and tourists visiting around September 19th will be able to witness the celebration of the Miracle of St. Januarius, one of Naples most important religious ceremonies.

As with many cities, the easiest way to get from A to B is to drive. Naples is little more than two hours from Rome via. road and visitors looking to get a glimpse of both can do so by renting a car. If you look in the right places and organise before you arrive, then car hire needn't be a hassle. Sites such as Avis, Europcar and Auto Europe take the rage out of the road with options to pre-book and pick up at the airport; just make sure you remember to sort out your insurance too.

After sightseeing, stop into one of the local restaurants for a slice; nowhere makes pizza like Naples. Lucky tourists can wander a few minutes down from Plebiscito Square to the Pizzeria Brandi, the birthplace of the margherita. Dough-lovers can enjoy some authentic cuisine while reading about the history of pizza, as engraved on a stone outside the entrance of the restaurant. While Brandi may be the original Pizzeria, it's not the only good eatery in Naples; check out Da Michele on Via Cesare Sersale, or the nearby Trianon a Forcella for a delicious and wholly authentic meal.

These are some local favourites, but all Neapolitans live by the three golden rules of premier pizza; great tomato, a thin base and fresh mozzarella. The citizens of Naples believe that too many cooks (or toppings in this case) spoil the pizza, and believe me, after one slice of this original recipe, you'll be agreeing with them. For those that would prefer to avoid the region's signature dish, Naples is also known for a great range of local produce, while the city's port provides most restaurants with a fresh supply of seafood. There's something for everyone.

Written by Elizabeth James, who blogs for erentals.co.uk