A Quick Guide to Brazil

Brazil is a truly awesome country. Travelling there can be a life changing experience, the only Portuguese speaking country in all South America, it bounces with a unique culture, born out of a sometimes troubled history. A Brazil holiday can take you from the some of the best beaches in the world to the mighty jungle via an all night street party in no time at all. So if you're planning on supping on some authentic Caipirinhas or escaping to a tropical paradise, here's our guide to the best of Brazil. 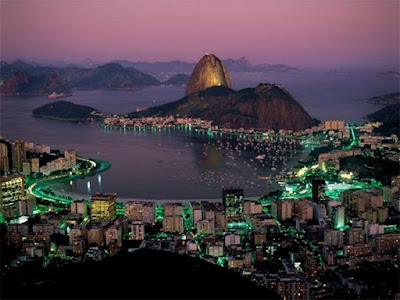 Most visitors to Brazil will find themselves arriving in this iconic city, which has enough to keep you interested for a lifetime. It is the combination of all that makes Brazil so interesting - the vivid coastline with its plunging hills and world-famous beaches, the landmarks of the Corcovado, Sugarloaf Mountain and Rio's blending of modern sophistication with party loving hedonism. Not forgetting that it has a balmy tropical climate, which despite the occasional downpour, will mean plenty of sun when it's time to hit the beach. A top tip is to check out the street party in the Lapa district on Friday night, the samba, cocktails and food are about as authentic as it gets for a tourist.

As far as river trips go, there is little to rival a meander down the Amazon. Tucked away in the remote north of the country and surrounded by one of the world's foremost rainforests, a trip upstream from Belem to Manaus is undeniably epic. While not a nature safari, travelling up the river is a unique experience and a voyage like this is a box that must be ticked for anyone who wants to be considered a seasoned traveller.

Every year, 46 days before Easter, Brazil celebrates its annual carnival. The country pretty much stops for a week and goes into party overdrive. Tourism and prices rocket but that is relative to carnival's enduring popularity. 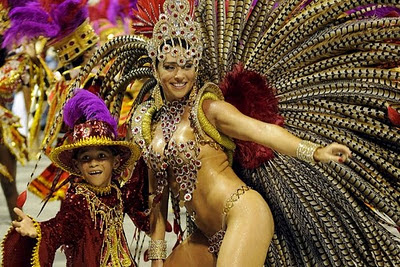 Seasoned experts recommend a trip north to the colonial city of Salvador, as the carnival is said to have a more personal feeling - the people's party if you will - despite having a reputation as the biggest street party in the world. Of course, Rio has a massive shindig itself and the week of competition inside the "sambadrome" where samba teams compete has an electrifying atmosphere.

Take your pick - Brazil has over 4,000 miles of coastline, more than any other country in South America, which are full of stunning, pristine beaches. The world famous Ipanema and Copacabana are a must when in Rio and further south the vicinity surrounding the city of Florianopolis, is where the good looking people of Brazil go on holiday to do their relaxing. However, it is in the north east of the country between Maceio and Natal, where true hidden gems can be found and beach hopping from one bay to the next is always a popular choice with tourists.

One last tip for visiting Brazil

Brazil is a nation of flip flop wearers and the world famous Havaiana brand originates from there, if you are after a new pair (or a few) buy them when you are there because they are considerably cheaper than on the high street in the UK. Women should also be warned that Brazilians make some of the best bikinis in the world but again, it is possible to buy the highest quality at a fraction of the price you're used to.

This miniscule guide barely begins to scratch the surface of what this country has to offer - so as soon as you've saved up, we strongly recommend you book your ticket and get out there.

Jonathan is a keen travel blogger and has extensive experience of South America holidays including holidays to Brazil, Argentina, Peru and Chile.