Every major modern city can make the boast of having their own theatre, if not many theatres. They are often shining beacons of architectural innovation and cultural significance which stand out from the office towers and apartment blocks which dominate many modern cities. This article takes a look at the very best theatres for opera in the world. All of theatres featured in this list are stunning pieces of architecture and have contributed to the cultural heritage of their respective cities.

Sydney’s Opera house has become so popular that it has become synonymous with the landscape of the city and of Australia. The iconic building is one of the most iconic modern buildings in the world and has been made a world heritage site due to its unique and innovative design and state of the art interior. The building was designed by Danish Architect Jørn Utzon who first came up with the concept for the style of the building in 1957, although building was not completed until 1973. 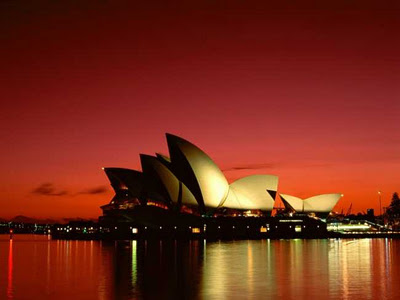 Known to New Yorkers as “the Met”, it was opened in 1883 and is renowned for its perfect acoustic conditions. The building is situated at the Lincoln Centre and has a capacity of approximately 3,800. It has become one of the most famous buildings in New York and constant renovations over the years means that it has remained at the forefront of architectural innovation and acoustic design. In innovative feature of the Met was the introduction of LCD screens on the back of every seat which translate the Opera for the audience called Met titles.

In terms of Opera performances, La Scala de Milán is probably the most famous Opera house world. Established in 1778 the famous old theatre has seen many of the world’s greatest opera stars, singers and conductors grace its stage. It is widely regarded as having the best acoustic conditions of any theatre in the world and its external architecture is as equally stunning as its interior. It is home to La Scala Theatre Ballet, La Scala Theatre Chorus and La Scala Theatre Orchestra.

France’s premier Opera house was founded in 1669 and is one of the most recognisable and beautiful buildings in the world. It dates back to the days of Louis XIV and is home to the Paris Opéra Ballet. Every year the entire ballet is presented at the Opera house is a grand ceremony. One of the world’s oldest theatres it is still as popular today as it was in the 17th century. It is primarily known for its fine ballet performances and is a world leader within the art.

Based in London’s Covent Garden the Royal Opera House is one of the world’s most famous buildings. Originally constructed in 1732, although it has been twice rebuilt to fire damage, the building is used primarily to showcase the Royal Ballet, the Royal Opera and its Orchestra. The seating capacity is 2,268 and after a series of renovations in the 1990’s it is one of the most advanced theatres in the world. There are many ways of finding theatre tickets in London and cheap London theatre tickets so why not visit this famous venue yourself and enjoy the theatre in its grandest settings.

Jim Anderson is a theatre enthusiast who travels the world visiting the best and grandest theatres. He is based in London and provides a service for those looking for London theatre tickets and he sells theatre tickets in London.