Live and Work in Malta

Apart from the beauty and lifestyle Malta has to offer, the island itself has substantial offerings in terms of quality and stability of life. This once self run colony has survived off tourism for the last half century but research has shown that many tourists and travelers that come to the island end up staying longer or even end up moving to Malta. In the last five years there has been a grater influx of people that have decided to move to Malta with EU statistics showing that Malta’s rise in population was due to immigrations. 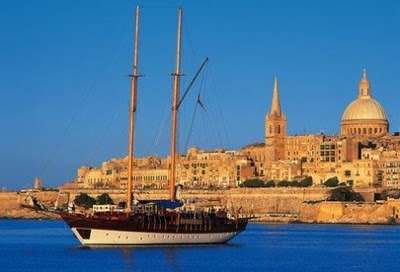 The population of the island state is now at 414, 000 and we have listed, in no particular order, some of the reasoning behind the influx of the new Maltese inhabitants and why they are choosing living in Malta over other destinations.

People looking for a better tax-efficient system and using Malta’s double taxation agreements with certain countries move to Malta. If you’re a singular professional, you can choose to get your world-wide income taxed in Malta if that income is generated somewhere else, and you can choose living in Malta. Law firms in Malta are on top of their game in terms of Malta’s taxation laws.

Malta assessed a gap in the market of the online gambling industry a few years ago and established EU-endorsed legislation that enables online gambling companies to operate on a pan-European basis.

Many Malta residence leave Malta to live abroad but many of them move back to Malta in their older years.

Malta offers some of the best dive sights in the world and the favourable weather conditions and calm seas allow for amazing diving. Sailors also move to Malta for similar lifestyle reasons.

The arrival of refuges and illegal immigrants has spurred quite controversial conversation but the Maltese knew it was bound to happen when Malta joined the EU.

With the huge tourist industry in Malta many hotel and catering professionals move to Malta for permanent residence.

Now that the main three telecom companies are in foreign hands, senior people have moved in.

What a better place to retire and with Malta being so close to mainland Europe it is easy to see why they are choosing moving to Malta over other destination.

Dave Tucker is a keen writer on worldly affairs.